Discrimination is not only a word. Discrimintaion is violence. Men and women keep on being murdered, beaten and fired upon troughout Europe.

You need to know: every year people die due to homophobic attacks.

And this violence can also be seen in laws. Even in European Union countries, as the bill recently adpoted by the right wing Lithuanian Parliament, instituionalizing homophobia and viaolating the freedom of expression proves it.

Violence does not decrease, even in Western Europe.

In some countries, such as my own, Italy, the trend is really bad. In the last 2 years the number of homphobic attacks sky rocketed.

This violence, of course, is legitimized by the policies of Italian right.

Since I was elected my fight is to convince the Italian Parliament where I am the only open lesbian, to approve a penal law against homophobic hate crimes. I lost a vote on October 13 when the right wing cancelled my bill.

But this week the fight starts again!

Discriminated citizens need a voice in the European institutions. The PES has to be their voice and Rainbow Rose can help PES to be that voice.

It is in our genetic code, in our history and in our record to never leave this fight unattended.

It is our responsibility to promote a progressive agenda. No other major political party will do it.

We socialists, we democrats, should embrace a new political culture: social and civil rights should always go together!

This is the only way to build open and inclusive societies.

And rember, voters do recognize those who are proud to fight for their values. 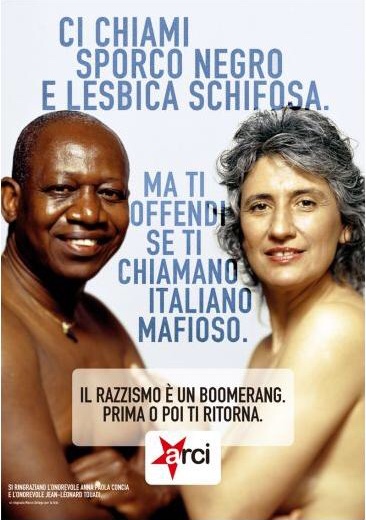